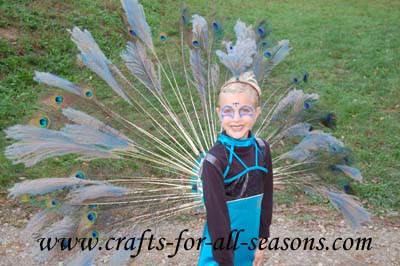 I made this homemade peacock costume for my daughter last Halloween.  Below I explain exactly how I put the tail together, and how I made it come apart for easy storage.

I was lucky enough to find the blue shiny dress she is wearing at a thrift shop.  It was obvious that it used to be a dress that a young dancer wore for a recital.  Because I found the dress, I didn't have to worry about the peacock's body.  However, if you dress your little one (or yourself) in a blue, green, purple, or black top, skirt, or pants that would do the trick, because the main part of the costume is the huge tail!

The peacock feathers were purchased from Joann.com and they were actually quite reasonable.  I got three packs (about $24 total) of the feathers and still have many left over.  I have made other crafts with the leftover feathers, such as the peacock feather earrings.

This entire homemade peacock costume cost me about $30 to make.

Instructions for the Homemade Peacock Costume

1. Begin the homemade peacock costume by gathering some feather plumes from some ornamental lawn grass.  During late summer/early fall, most varieties of ornamental lawn grasses grow out some large feathery plumes.  If you don't have any in your yard, ask a neighbor if you could cut some off their plant.  These feathery plumes will help fill in the tail and give it more fullness.  I spray painted the ends of these plumes blue.  You could also use green or purple spray paint too.  Do this outside with plenty of ventilation.

2. Next, open up the packages of peacock feathers and fan them out in a half circle, spacing them out evenly.  Behind them, lay out your spray painted feather plumes.  Arrange them how you want the tail to look. 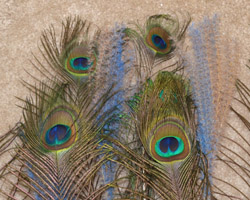 3. To make the base that will hold the tail feathers, cut out a half circle from the cardboard.  It should measure about one foot across.

4.  To make the tail be easy to transport and to store year after year, I created the tail so that it could be taken apart in sections.  I visually divided the tail feathers up into five groups, then took one group and secured the base of the feathers with duct tape.  I left them fanned out, and I didn't tape them tightly in a bunch.  Instead, I laid the tape over the base of the feathers while they were spread to keep them separated slightly.  Do this with all five sections (or as many as you choose) as shown below: 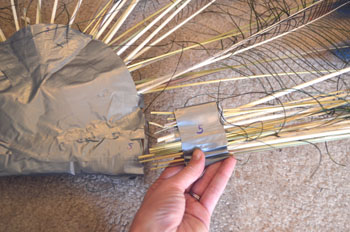 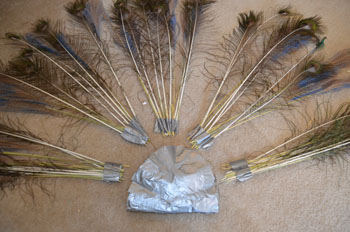 5. On the base of the cardboard half circle, I created little pockets that each group of feathers would fit in to.  This was done using duct tape.  Duct tape is so handy, and I love its versatality.  You can make so many things with it.  To create the pockets,  I created small sections of duct tape that were not sticky.  This is done by pressing two sticky sides of duct tape together.  The sides and bottoms of these little sections were then taped down (using more duct tape of course) to the semi-circle.  Here's a top view of what each pocket looked like, and how the feather sections fit right in. 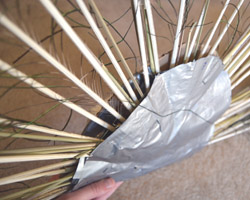 6. To cover up all that silver duct tape, I cut a semi-circle of aqua cardstock and taped it right over the duct tape semi-circle. 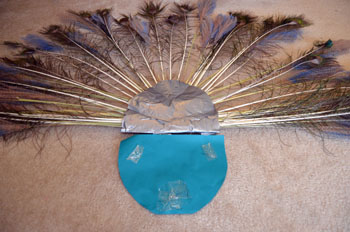 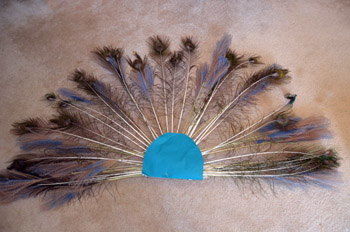 7.  I found that when my daughter had the tail on, it needed a bit of space (a spacer) between the tail and her back so the feathers would not to be touching the back of my daughter's head.  I had a piece of scrap Styrofoam about two inches thick, which I taped to the inside of the semi-circle.  This spacer was just perfect.  If you don't have a piece of Styrofoam you can get creative and use anything that may work.  You can even use an old t-shirt or towel.  Just fold it up to give it some thickness and duct tape it inside the base of the tail.  The photo below shows the wrong side of the tail (the side that will be facing your back).  The white base is the Styrofoam I duct taped on. 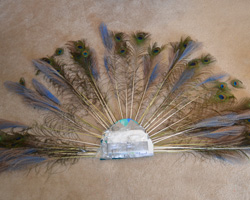 7.  To hold the tail in place, you will need to make some clear straps that are attached to the base of the tail, and run up and over the person's shoulders (like a backpack).  I made these straps using clear packing tape.  Create the straps by applying the sticky sides of clear packing tape together, so you have a strong, clear strap that is not sticky.  Then, you can attach the ends of these straps with more duct tape to the base of the tail. 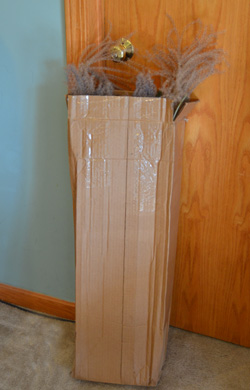 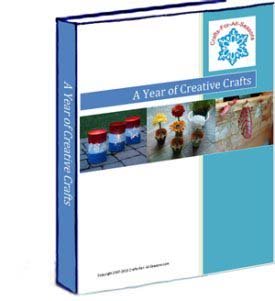 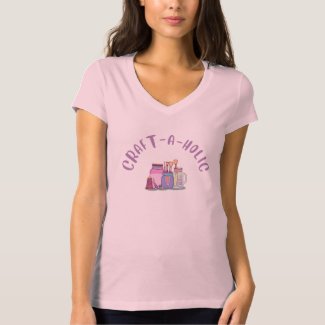